What is male infertility?

Reproduction is a trouble-free and natural experience for most couples. However, for some couples it becomes very difficult to conceive.

A man’s productiveness generally relies on the quantity and quality of the sperm. If the number of sperms ejaculated is low or of poor quality, it will be difficult, and sometimes impossible, for him to cause a pregnancy. Male barrenness is diagnosed, after testing both partners.

How common is male infertility?

Infertility is a common problem. For about one in five infertile couples the problem lies solely in the male partner.

What are the symptoms of male infertility?

In maximum cases, there are no obvious signs of infertility. Intercourse, erections and ejaculation usually happens without any trouble. The quantity and appearance of the ejaculated semen appears normal to the naked eye.

So to find out if a man is infertile, medical tests are needed.

Male infertility is usually caused by problems that affect either sperm production or sperm transport. Through medical testing, the doctor may be able to find the root of the problem.

About two-thirds of infertile men have a difficulty with sperm making in the testes. Either low numbers of sperm are made and/or the sperm that are made do not work properly.

Sperm transport problems are found in about one in every five infertile men, including men who have had a vasectomy but now wish to have more children. Blockages or obstructions in the tubes leading sperm away from the testes to the penis can cause a complete lack of sperm in the ejaculated semen.

Other less common causes of infertility include: sexual problems that affect whether semen is able to enter the woman’s vagina for fertilization, low levels of hormones made in the pituitary gland that act on the testes and sperm antibodies. In most men, sperm antibodies will not affect the chance of a pregnancy but in some men sperm antibodies reduce fertility.

Please feel free to contact us with any questions you may have, all types of communication are most welcome!

Male infertility is usually caused by problems that affect either sperm production or sperm transport.

Some men have no sperm in their semen because the sperm transportis blocked because the vas deferens did not develop at all or in part.

A look at sexual problems in men, including erectile dysfunction and ejaculation disorders.

Signs of hormonal imbalance in women are a very real quality of life issue. All women need to be aware these signs of hormone imbalance. 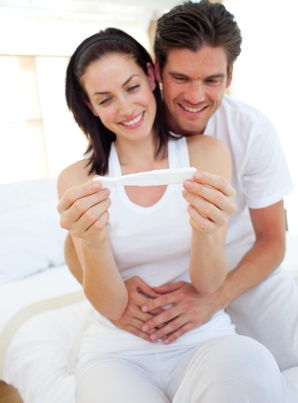 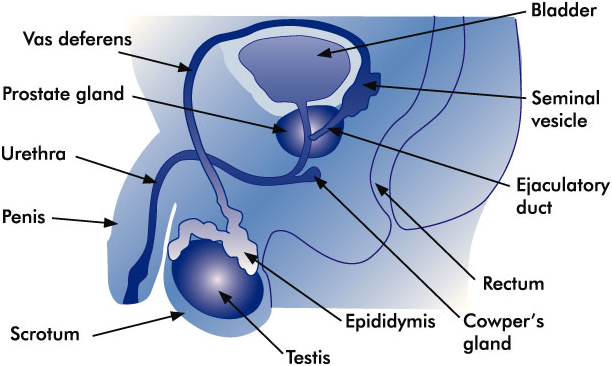 Parts of the male reproductive system 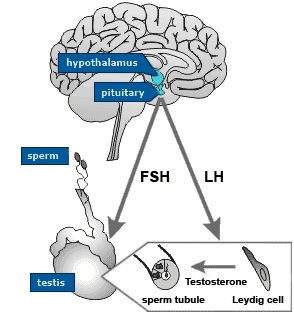 The testes (testis: singular) are a pair of egg-shaped glands that sit in the scrotum next to the base of the penis on the outside of the body. The testes make sperm and the male sex hormone testosterone. It takes about 70 days for sperm to become mature and able to fertilize an egg.

When released from the testes, the sperm spend two to 10 days passing through the epididymis where they gain the vital ability to swim strongly (become ‘motile’), and to attach to and penetrate the egg.

At orgasm, waves of muscle contractions transport the sperm, with a small amount of fluid, from the testes through the vas deferens. The seminal vesicles and prostate contribute extra fluid to protect the sperm. This mixture of sperm and fluid (the semen) travels along the urethra to the tip of the penis where it is ejaculated (released).