SURROGACY PROCESS: FROM THE MATCH TO DELIVERY

Overview of the Surrogacy Process

In gestational surrogacy, an egg is removed from the intended mother or an anonymous donor and fertilized with the sperm of the intended father or anonymous donor. The fertilized egg, or embryo, is then transferred to a surrogate who carries the baby to term. The child is thereby genetically related to the woman who donated the egg and the intended father or sperm donor, but not the surrogate. Some lesbian couples find gestational surrogacy attractive because it permits one woman to contribute her egg and the other to carry the child. 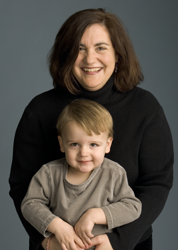 a.Be in good physical and mental health.
b. Have carried and delivered at least one child.
c. Have had pregnancies that were all free of complications and were full-term.
d. Be less than 43 years of age (some clinics will accept older woman in certain circumstances; others have younger age cut-offs for all surrogates).
e. Be in a stable living situation and
f. Not smoke or abuse alcohol.

A woman might decide to use a surrogate for several reasons:

Other women choose surrogacy after trying unsuccessfully to get pregnant with a variety of assisted-reproduction techniques (ART), such as IVF.

Surrogates have also made parenthood an option for people who might not be able to adopt a child. Reasons could include:

For instance, when gay man use a traditional surrogate, one of them uses his sperm to fertilize the surrogate’s egg through artificial insemination. The surrogate then carries the baby and gives birth. A gay couple might also choose an egg donor, fertilize that donated egg, and have the resulting embryo implanted in a gestational surrogate to carry until birth.

Some programs are reporting delivery rates of over 50% per transfer for gestational surrogacy cases (using eggs from women under about age 37).