Azoospermia is commonly referred as “no sperm count” and is a male fertility issue faced by many men.  Azoospermia is defined as the complete lack of sperm in the ejaculation. It occurs in 5% of infertile men. If this is the case, then one or both of two conditions may be present (“causes”):

To learn more about azoospermia, read the following:

One important point related to this diagnosis is that although no sperms are found in the ejaculate, but there often you can find usable sperm inside the testis, actually many times the sperms in the testis fail to make into the ejaculate. A “threshold” effect is seen with the sperm production, such that if production of sperm is high enough in the testis, then sperm “spill over” into the ejaculate. However, if that critical level of sperm production is not met, there may still be mature sperm in the testis that do not make it into the ejaculate. This concept is the basis for the statement that “sterility may beget fertility.” As an internationally recognized clinic, Acme IVF sees hundreds of men every year with this diagnosis and they offer a brief, thorough, state of the art evaluation for this problem. You can also see the information on low sperm count, Oligospermia.

In the first step, a detailed evaluation is done on the medical problems, exposures, past surgery, medications, and family history is undertaken in the office to find out the cause of azoospermia. After this a brief, well-performed physical inspection is done. Third, blood tests are taken that include testosterone and follicle stimulating hormone (FSH). Fourth, with two semen samples, a standard semen analysis is performed. If no sperm are found, then the semen sample undergoes an additional evaluation in which the sample is “spun” down in a centrifuge to concentrate small numbers of sperm at the bottom of the tube. This “pellet” of the ejaculate is then examined thoroughly for sperm by an experienced lab technician. If 10 sperm or even 1 sperm is present in the pellet analysis, then conditions such as reproductive tract obstruction are painlessly disproved. In Acme IVF, there is a 20% chance that men with no sperm on semen analyses performed without a centrifuged pellet will have sperm if such a procedure is performed in the laboratory.

Again, the value of finding even a small number of sperm in the pellet analysis is very significant because:

If it is done on the basis of the above estimation, then there is no clear significance of whether there is a problem with sperm production or one of a blockage in the ducts of the reproductive tract, then the next process to be selected is to scrutinize the testis itself and evaluate the sperm production. Several methods are present for the evaluation, but biopsy under local anesthesia is the classic one. 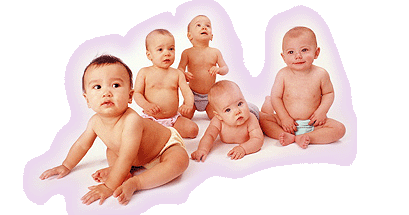 There has been a list created on conditions of azoospermia in Table 1. If at all possible, treating the specific condition that is causing the azoospermia may reverse the process and lead to sperm production. This is especially true for azoospermia due to hot tubs or hot baths or testosterone supplements. In other cases, such as genetic infertility, this is not possible and assisted reproduction offers the best solution to family building.

Conditions That Cause Azoospermia

Azoospermia due to Blockage

Clinically, it is important to determine whether men with azoospermia have an obstruction as a cause of the problem as this can be treated and reversed with microsurgery. If sperm production is normal, as determined by a testis biopsy or FNA mapping, then the azoospermia is caused by an obstruction. Typically, in an obstructed man without an obvious reason for the problem, a blockage can be found in the epididymis 65% of the time, in the vas deferens 30% of the time and in the ejaculatory duct 5% of the time. The actual location of the blockage can be pinpointed with microsurgery, and microsurgery repair has superb success rates for achieving moving sperm in the ejaculate and pregnancy in cases of blockages in the epididymis (the most difficult area to repair in the system) not due to vasectomy (see Table 1).

In cases of non obstructive azoospermia in which sperm production is not normal, then it is assumed that obstruction does not exist. In a few cases, this condition is medically treatable (Kallman syndrome, hyper prolactinemia); in most instances however, the only hope for building a biological family is to use sperm retrieved from the testis with assisted reproduction in the form of IVF and ICSI. One of the most difficult aspects of non-obstructive azoospermia, is that while testis sperm retrieval in men with obstruction is not difficult, there is a failure to obtain sperm for ICSI in up to 50% of men with non-obstructive azoospermia. In addition, recognized clinical features like testicular size, history of ejaculated sperm, serum FSH level, or biopsy reading, do not accurately predict whether or not sperm will be recovered from the testis. Importantly, it has become clear that as the number of samples from the testis is increased, the chances of finding sperm also increase.

Currently, several strategies are used to find sperm in these men and to minimize trauma to the testis during sperm harvest. This kind of thinking is important to minimize the emotional and financial costs associated with cancelled IVF cycles.

If sperm are not found in the ejaculate, then there is either obstruction or blockage in the reproductive tract or sperm is not being made at levels sufficient to get into the ejaculate. A blockage can be due to prior infection, surgery, prostatic cysts, injury or congenital absence of the vas deferens (CAVD). Except for cases of congenital absence, most cases are of obstruction are repairable with microsurgical or endoscopic reconstruction: Table 1 shows the return of sperm to the ejaculate in Acme IVF published series of patients undergoing microsurgical reconstruction for blockage not due to vasectomy.

Alternatively, patients with blockage can undergo sperm retrieval and use assisted reproductive technology to conceive. Please bear in mind that the use of assisted reproduction is the more expensive option of the two in general and involves conceiving in the laboratory and not in the comfort of your own home.